Back
The Brexit challenges that are still impacting the construction industry 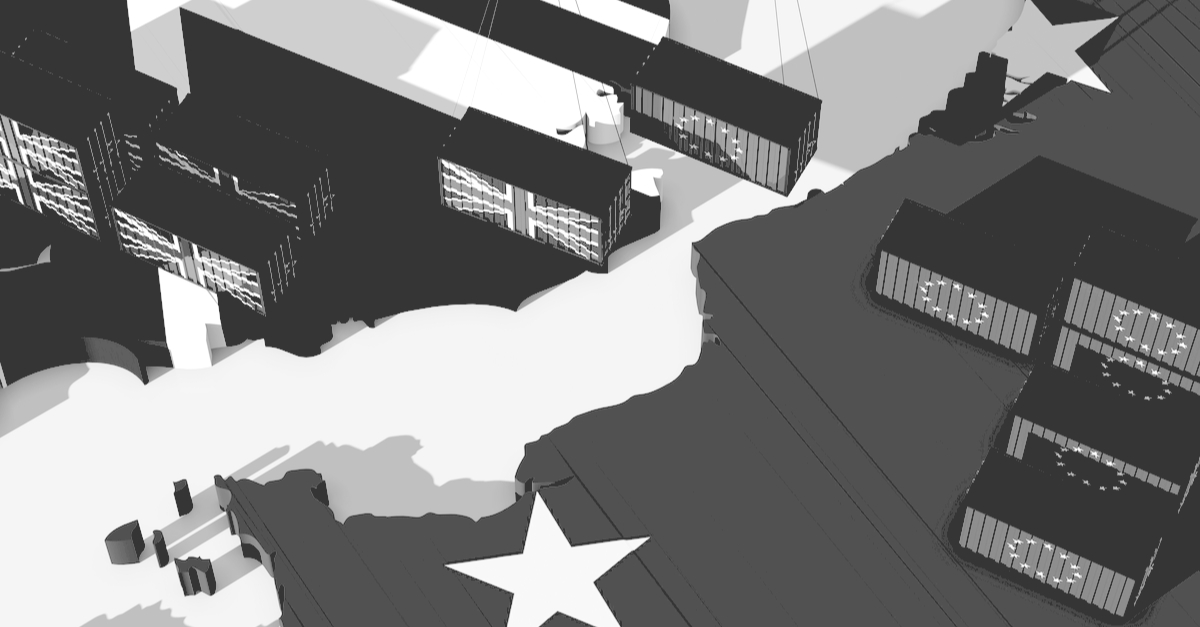 It’s no surprise that the disrupting force of the global pandemic has been the focus of industry leaders for the past 18 months or so. However, the effects of another seismic event that previously dominated national attention have continued to be felt: Brexit.

With the focus of the nation elsewhere and the uncertainty of the past few years notionally resolved, the impact of Brexit may have been less obvious on the surface. However, the construction industry has seen, and will continue to see, fallout from the UK’s breakaway from the European Union.

The trade deal that came into effect on the 1st of January 2021 between the UK and EU did not impose tariffs or direct charges on construction and related products, but there are significant indirect costs and delays that stem from the addition of administrative burdens.

In the current framework, completing on-time and on-budget is a challenge for developers driven by three key difficulties facing the construction industry: certification challenges, labour shortages and access to materials.

Since its departure from the EU, the UK is in the process of replacing the CE trade marking certifications used throughout Europe for products like steel, glass and cladding. The replacement will be a UKCA certification used for domestic goods, which will be a requirement for almost all goods from the 1st of January in 2022. While this process is underway, tens of thousands of construction products cannot yet be certified which can lead to rising costs and wait times for necessary materials.

Another one of the challenges stemming from Brexit is a shortage of labour. Even prior to the official exit date, the construction industry was experiencing an exodus driven largely by Brexit. Between September 2019 and September 2020, it is estimated that more than 75,000 non-UK nationals left positions within the construction industry. With 7% of the construction workforce in the UK having been EU nationals, according to the Office of National Statistics, the implementation of new processes of sponsoring workers to keep up with their needs has been a challenge for employers. Looking at London specifically, the number of EU citizens who work in construction was 15% higher than all other industries in 2018.

The complexity and cost of sponsoring workers, combined with a lack of understanding of how it works now, has discouraged many employers from embarking on the process. Particular areas of construction have been hit especially hard, like the dry lining sector which relies heavily on foreign workers. There is a systemic issue in a lack of training domestic workers in construction skills that has factored into this dependence, leaving developers with limited options to access the labour they need. These shortages are driving up the cost of labour, impacting the overall costs of projects and causing delays where not enough labour is accessible.

Alongside the limited access to labour, the construction industry is dealing with more challenges accessing raw materials, which is also leading to higher costs and longer timelines for projects to be completed. According to the Construction Industry Council, there have been limits on the supply of materials like steel, wire tiling, roof products and much more. Products like structural timber are grown mostly on continental Europe, which poses difficulties for importing and makes the material less cost-effective.

While many challenges were already felt early on in the wake of the Brexit vote, these key areas have been significant obstacles for the construction industry since the end of the post-Brexit transition period on the 1st of January 2021. The industry is still learning how to cope with these difficulties, and it will remain a challenge for the foreseeable future.

The good news is that responsible developers have planned for the shifting landscape and have already priced in and accounted for the challenges of Brexit. It’s essential that the entire supply chain across sponsors, lenders, contractors and materials manufacturers work together to minimise the impact. With the high demand for new residential properties, due to the undersupply of housing in the UK and structural societal change accelerated by the pandemic, the sector will continue to thrive and construction projects will press ahead. The importance of managing potentially higher costs and extended programme timelines has never been greater.